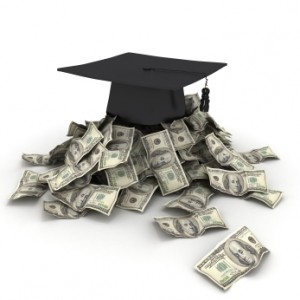 This is an interesting blog post (medium-long) by venture capitalist Avichal Garg on educational startups. Skip straight to the conclusion, Education is a huge market and there are opportunities, for a neat summary.

I found it interesting looking at education from a business point of view. When I started out teaching, I found the idea of teachers having a business mind somehow repugnant. For example: some time ago now, I worked for a language school who were aggressive in their marketing strategy. This was all very well, but when they blurred the line between teacher and salesperson, I began to feel uncomfortable. If a teacher could encourage a student to extend their course, the school would give the teacher a bonus. I think the idea of this is when a student stays after class and asks for feedback and advice, part of the advice would be “You need more lessons”. One of my colleagues identified this as a conflict of interest verging on the unethical, and refused to do such a thing. Other colleagues made the point that the students pay your wages, and if there’s no students, there’s no wages. At the risk of grossly oversimplifying, these two responses broadly seem to echo a left-wing (help people before chasing money) / right-wing (face facts) political standpoint.

For what it’s worth, I couldn’t bring myself to turn the sales talk on students in my classes, and it’s not because I’m a saint. It’s because whenever I thought about doing it, the words turned to sick in my mouth. But it would be stubborn of me not to admit that business is business. I just think if your business model exploits the trust and authority in a teacher-student relationship, then you’re exploiting students and your business deserves to go down the toilet. I think it’s very healthy to keep the sales and education parts of a private school separate.

Anyway. For this reason, I spent a long time with my head in the sand with regards to the business / education relationship.

This is changing a bit with my studies on H800. One of the key benefits offered by elearning is reduced cost, and it’s a short step from reduced cost to increased profit.

“Don’t target suburban or urban, middle class users with disposable income. You’ll build a niche business that can’t go mainstream. Target poor students in the US and get to charter schools who are desperate to try new things. Target families in China and India where a family will put down half of their monthly income on education.”

It occurs to me that innovation in a comfortable arena is innovation through play rather than innovation of necessity. While both can be productive, the former carries a greater risk of becoming self-indulgent and losing sight of the objective. This relates to any potential research I might do on VLEs. If I ask, “What can a VLE do?”, I am asking a very different question to “What do we need it to do?”

A lot of technology in education seems like it’s targeted at people who don’t really need it. It’s more of a toy than a solution to a problem. Garg’s post makes me think that this is not only a waste of time educationally, but it’s also a waste of time from a business perspective. So we see, contrary to my initial story about business and education being at odds with one another, they can equally be in agreement.

* Maybe there isn’t as clear a division between these two areas as I’m making out. Somewhere between having an analytical mind and studying Philosophy I developed a love of making distinctions, as if clear distinctions were going to save the world. But if you make too many distinctions, you end up with a handful of crumbs; too few and you make crass generalisations.